Expand your knowledge of the Bluegrass State with these Kentucky facts.

There’s a lot more to Kentucky than most people know. These interesting facts about Kentucky provide insight into the traditions and charm of the Bluegrass State.

Frankfort became the state capital of Kentucky in 1792 after pledging more manpower toward the construction of a statehouse than any other city. During the Civil War, Frankfort was the only Union capital occupied by Confederate troops. Frankfort is located astride a double curve in the Kentucky River in the central portion of the state and the Kentucky capital city is known for having one of the most beautiful capital buildings in the country. Frankfort’s population is slightly less than 30,000.

Kentucky had 85,000 farms in 2011, according to the Kentucky field office of the National Agricultural Statistics Service. Kentucky farm size averaged 164 acres. Horses were the leading source of farm income for Kentucky farmers, followed by broilers(chickens), cattle, tobacco, soybeans and corn. Kentucky is home to some of the world’s leading thoroughbred farms and thoroughbred auctions as well as prestigious events such as the Kentucky State Fair Horse Show and top horse museums. Kentucky still leads the nation in burley tobacco production, even though the federal tobacco price support program was discontinued in 2005. The state is second in the U.S. in total tobacco production and is in the top 20 in corn, soybeans, winter wheat, hay, barley and sorghum. Kentucky is the leading beef cattle state east of the Mississippi River and is eighth in the nation overall. Kentucky is seventh in broilers and in the top 20 in goats, dairy cows, swine and chickens other than commercial broilers. For more information about Kentucky agriculture, visit the Kentucky Department of Agriculture web site. 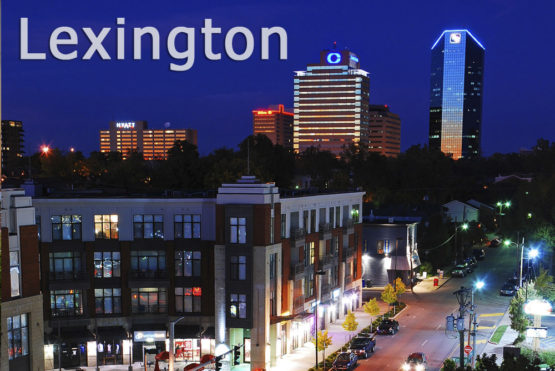