Chattanooga is the fourth-largest city in the U.S. state of Tennessee, with a population of 167,674 as of the 2010 census, and an estimated population of 171,279 in 2012. It is the seat of Hamilton County, located in southeastern Tennessee in East Tennessee, on Chickamauga Lake and Nickajack Lake, which are both part of the Tennessee River.  Centrally located, Chattanooga abuts the Georgia border and is at the junction of four interstate highways.

Tourism Attractions … “Take Me There”

Chattanooga, Tennessee is one of the South’s top travel destinations. In fact, the New York Times named Chattanooga TN one of the “Top 45 Places to go” in the World.  Only four US destinations were named and the Scenic City was the only place outside of California.  And it’s no wonder. Tucked between the mountains of Southeast Tennessee, along the beautiful Tennessee River, Chattanooga TN is one of America’s most breathtaking cities. But that’s just the beginning of what the Scenic City has to offer. There’s a world of outdoor adventure, amazing restaurants, live events, art and world-class attractions waiting for you here. So you can see why their slogan is “Take Me There”.

Attractions such as the Tennessee Aquarium,   Lookout Mountain, Civil War battlefield sites, the African American Museum, and the Appalachian Trail bring thousands of people to the area, as do events like the Riverbend Festival, Bessie Smith Strut, Fall Color Cruise, the Creative Discovery Museum for children, and the Southern Writers Conference. Chattanooga is the home of NCAA Division I-AA national football championships and hosts the national softball championships every year.

The city has received national recognition for the renaissance of its beautiful downtown and redevelopment of its riverfront. The city boasts the most productive affordable housing program in the nation, and is notable for leveraging development funds through effective public/private partnerships, with significant civic involvement on the part of private foundations. Chattanooga was one of the first US cities to effectively use a citizen visioning process to set specific long-range goals to enrich the lives of residents and visitors.

Tourism and Hospitality has been a growing part of Chattanooga’s economy, with 2014 being the first year for Hamilton County to surpass $1 billion in revenue. Startups have been an increasing trend, due in part to EPB’s fiber optic grid. The Business Development Center is among the nation’s largest incubators, both in square footage and in the number of startups that it supports. Co-working spaces have picked up downtown, including Society of Work and Chattanooga Workspace. Unique in the city is the startup accelerator Gigtank, which utilizes the city’s gigabit capacities and focuses on 3D printing, healthcare, and smartgrid technologies. 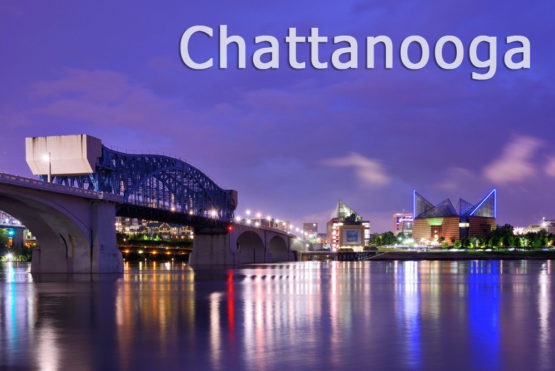