Nashville is the capital of the U.S. state of Tennessee and the county seat of Davidson County. Nashville is the second largest city in Tennessee, after Memphis, and is the fourth largest city in the Southeastern United States. It is located on the Cumberland River in the north-central part of the state. The city is a center for the music, healthcare, publishing, banking and transportation industries, and is home to numerous colleges and universities. Reflecting the city’s position in state government, Nashville is home to the Tennessee Supreme Court’s courthouse for Middle Tennessee. It is known as a center of the music industry, earning it the nickname “Music City”.

Live music can be seen and heard every day and night of the week in Nashville. The world-famous honky tonks, located on Broadway, offer free live music 365 days a year. And with more than 130 music venues around town ranging from large arenas and concert halls to small clubs and featuring nearly every genre of music, it’s easy to see why this is the city that “music calls home.”

The Schermerhorn Symphony Center, home to the renowned, Grammy award-winning Nashville Symphony, anchors the downtown end of the recently designated Music Mile. The Music Mile is a symbolic stretch of roadway connecting the $123 million Symphony Center with the music district of Music Row, the vibrant new entertainment venues on Demonbreun Street, the Frist Center for the Visual Arts, the Country Music Hall of Fame and Museum, the Music City Walk of Fame and the Bridgestone Arena. The Music Mile perfectly illustrates how the music of Music City is indeed a common thread throughout the business, cultural and entertainment sectors of Nashville.

Music City evokes vivid images – a single spotlight illuminating a microphone, skyscrapers towering protectively over the Mother Church of Country Music, stately Southern mansions, a Greek temple sitting serenely on a grassy knoll. The area’s many attractions paint a picture of this unique Southern city and leave an indelible impression on all who visit.

As the “home of country music”, Nashville has become a major music recording and production center. Although Nashville is renowned as a music recording center and tourist destination, its largest industry is health care. Nashville is home to more than 300 health care companies. The automotive industry is also becoming increasingly important for the entire Middle Tennessee region. Bridgestone has a strong presence with their North American headquarters located in Nashville, with manufacturing plants and a distribution center in nearby counties. Other major industries in Nashville include insurance, finance, and publishing (especially religious publishing). Nashville is also known for some of their famously popular Southern confections. 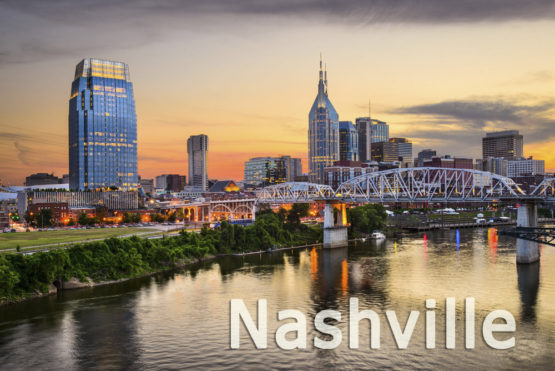